This last weekend I was at the "Gimps On Ice" festival down in Ouray, Colorado, which was organized by Paradox Sports. I was covering the event for the Durango Telegraph, and my story will appear in the paper on March 17th. I also plan on writing an additional blog piece, and I'm currently going through pages and pages of notes from various interviews.

The event was the most inspiring thing that I have ever been a part of, and I've had a buzz all day as I reflect on everything.

The words will come, in the meantime here are some photos that I took. 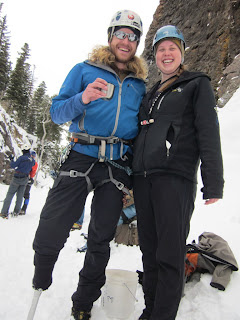 Chad Jukes and his girlfriend Gina Kitchen. Chad is an Iraq war vet and a below the knee amputee. He's also a great guy, and quite the trumpet player. He's the person that introduced me to the Paradox Sports community. 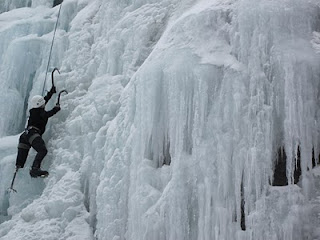 Sydney Tall climbing ice at South Park. Sydney is an above the knee amputee, and wise beyond her 20 years. I randomly met Sydney on a train to Salt Lake City three years ago when I noticed that she was traveling with climbing gear. 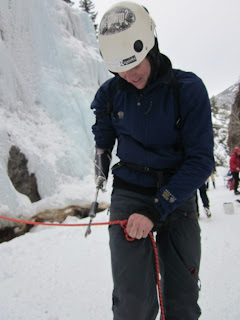 Pete Davis tying in. I've known about Pete for over a decade, but this was the first time I've met him. He is currently an ice farmer at the Ouray Ice Park, and lives in Ridgway. Hope to rock climb with this guy some day, as he has an evident pure passion for climbing. 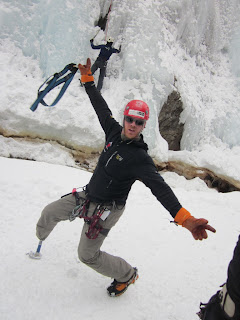 Director of Operations of Paradox Sports, Chad Butrick showing his ever present "psyche". Chad gave a presentation last year at "24 Hours of Gunnison Glory" and is a very likeable energetic guy. Chad even carried some of the participants in on his back during the approach to the climbing area. 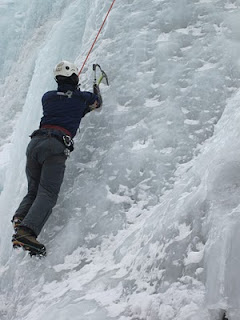 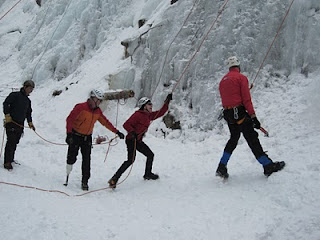 Stacy Bare is so burly that it takes three men to belay him. Bare is a veteran who is the executive director of Veterans Expeditions, an organization that is part of the American Alpine Club. He told me that climbing saved his life after returning from Iraq and suffering from Post-traumatic Stress Disorder. 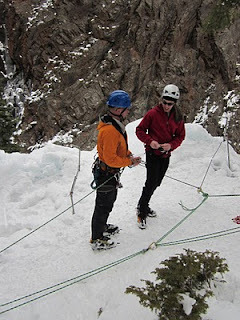 Chris Folsom and Frank from Ridgway, never did get his last name. They were rigging a pulley system to haul-up a climber who could not hike out of the canyon. Chris is an ice climber who lives in Ouray, and a dedicated volunteer at "Gimps on Ice". He also has his own program called Amped Outdoors, that he runs with his wife Deb. I am grateful to the Folsom's because they let me crash out at their house last weekend. 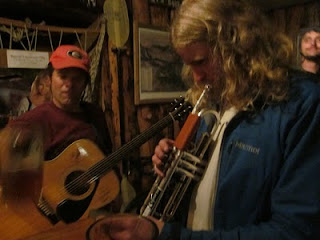 Chad and friend rocking out at the Ourayle House Brewery, the smallest brewery in Colorado, a one man show. I can't remember the name of the guitar player, but he was a super cool guy. 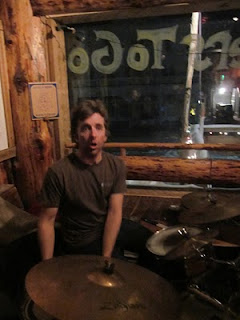 Timmy O'Neill rocking out the drums. Timmy is the co-founder of Paradox Sports, and a really talented climber and musician. He seems to have boundless energy! 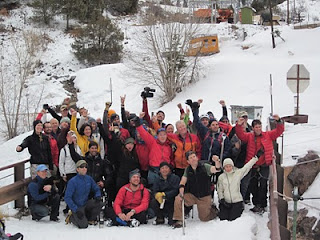 The crew, obviously looking at another photographer, but I showed up just at this moment and decided to take a photo anyways. 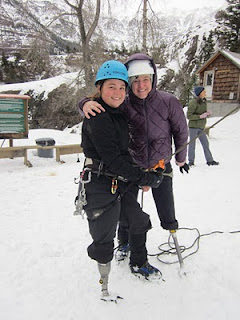 Heidi Duce (left) and Sydney Tall. Heidi is also 20 years old, and grew up in Ouray. She currently attends Mesa State College in Grand Junction, and hopes to work in the field of recreational therapy. Her passion for climbing and helping others in the outdoors was very evident. 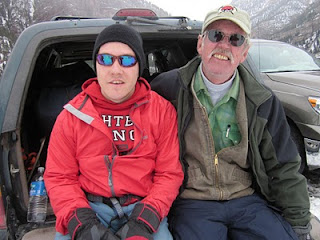 Austin Bushnell (left) and his buddy Tom Moody. Austin was the rock star of the event, who won everyone's hearts over with his personality and enthusiasm. Tom is a family friend of the Bushnell's. 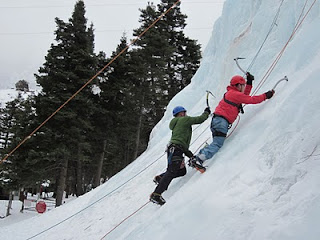 Austin climbing with the help of Chris Folsom. Folsom helped Austin with every inch, with love and creativity.

Great shots, Luke. What an awesome weekend it was. can't wait to see more. As always, if you need a place to stay here, let us know.