When our fearless and witty editor Missy Votel asked me to start contributing to this column a couple years ago, she basically said I could write about a wide range of topics. Missy also explained that in one particularly desperate moment with a deadline looming she wrote an anecdote that involved Sponge Bob Squarepants. That sealed the deal, because from previous experience with deadlines, I knew I would have my own desperate moment.

And, here I am, in a coffee shop in Boulder, with desperation in the air, just before deadline, trying to keep calm and focused, without getting too distracted by the electronic music, which seems to be the theme music for this town. If you haven’t heard of Boulder, it’s this magical place, very similar to Durango, except its bigger and the guys spend much more money on hair product, and people compete for who meditates or does yoga the most. A lot of folks seem to do things to create an image, not for inner growth and self-understanding. But, seriously, I do love parts of Boulder, it’s the land of beautiful people, and people watching here on Pearl Street, from where I’m writing is, world class. There’s a weirdo with a yo-yo, an intellectual with an out of place scarf on a rainy day, and a guy wearing a taekwondo outfit carrying rainbow colored balloons just walked in the door. Awesome.
This week’s story starts back at my place of employment, while chatting with my youngest co-worker, an energetic 15 year old guitar player, and a question he asked me, “What musical act, living or dead, from an era in history would you want to see live in concert?”

After a brief moments of contemplation I answered, “The Grateful Dead in the late sixties.”

Sometimes you surprise yourself when you say something, because I hate hippies. That’s harsh. I don’t hate hippies, I just hate the smell of hippies who don’t shower. Truth is, deep down in the depths of my soul, I am part hippie.

I discovered hippie culture as a teenager, and considered myself to be a hippie up until I moved out to Colorado and became a dirtbag. And I know for sure, given the opportunity, in the late fifties into the early sixties, I would have definitely aspired to be a beatnik. That would have been the best, tramping around the country when hitchhiking was safe and a new form of poetry and prose that still inspires us today was blossoming.

Though I certainly carried that scent, which bothers me so much now, a mixture of confusion, weed, and body odor, I’m glad I embraced an American counterculture. More people should. America is simply not weird enough. Boulder is definitely weird enough, but in most pockets of the United States way too many people are living out lives rooted in conformity.

Which brings us to another awesomely weird place: Crested Butte (CB). My former home has been getting a lot of attention lately, and the place once dubbed as “Colorado’s Last Great Ski Town” is certainly on the map. Many of my college friends who still live there report that instead of seeing a Porche every once in awhile on Elk Avenue, the main drag of town, they are seeing Lamborghinis and Maseratis. It’s an often-told tale in Colorado ski towns, and the once seemingly protected Crested Butte is fighting for its identity amidst a boom of popularity and influx of money.

Then the whole “Whatever” thing happened. If you haven’t heard, Bud Light recently filmed a commercial in CB, painting Elk Ave. blue, flying in 1,000 college aged students and a variety of musical acts ranging from Questlove to Vanilla Ice. (Contrary to what Allen Best reported in “Mountain Exchange”, Jay Z did not perform, though rumors were swirling across town and on social media that he and his lovely wife Beyoncé were slated to make an appearance.) On top of this, the entire event was planned in secrecy without the Crested Butte public aware of the shenanigans about to unfold for the weekend.

I suspect there were two reasons for this: first, “Whatever” was meant to be an exclusive event for participants who won the chance to get flown to CB in Bud Light’s own private planes, and second, the elected officials in CB wanted to secure the event before the community weighed in with their opinions. If you didn’t already know, CB is a feisty independent community and everyone has an opinion about everything. I see this as a good thing, an example of their activism: the small yet powerful community has been fighting off major mine companies for 30 plus years who want to mine the large molybdenum deposit which is located on Mt. Emmons (aka Red Lady) which overlooks town.

I didn’t make it to “Whatever”, but I did visit CB a couple of weeks later for Vinitok, a local festival celebrating the fall harvest and the funkiness that is Crested Butte. Vinitok inspired the founding of Burning Man, and one look around on that weekend and its not hard to believe that were the case. Everyone dresses up in Pagan inspired costumes, with wooden garlands, and any other funky, earthy apparel they can get their hands on. 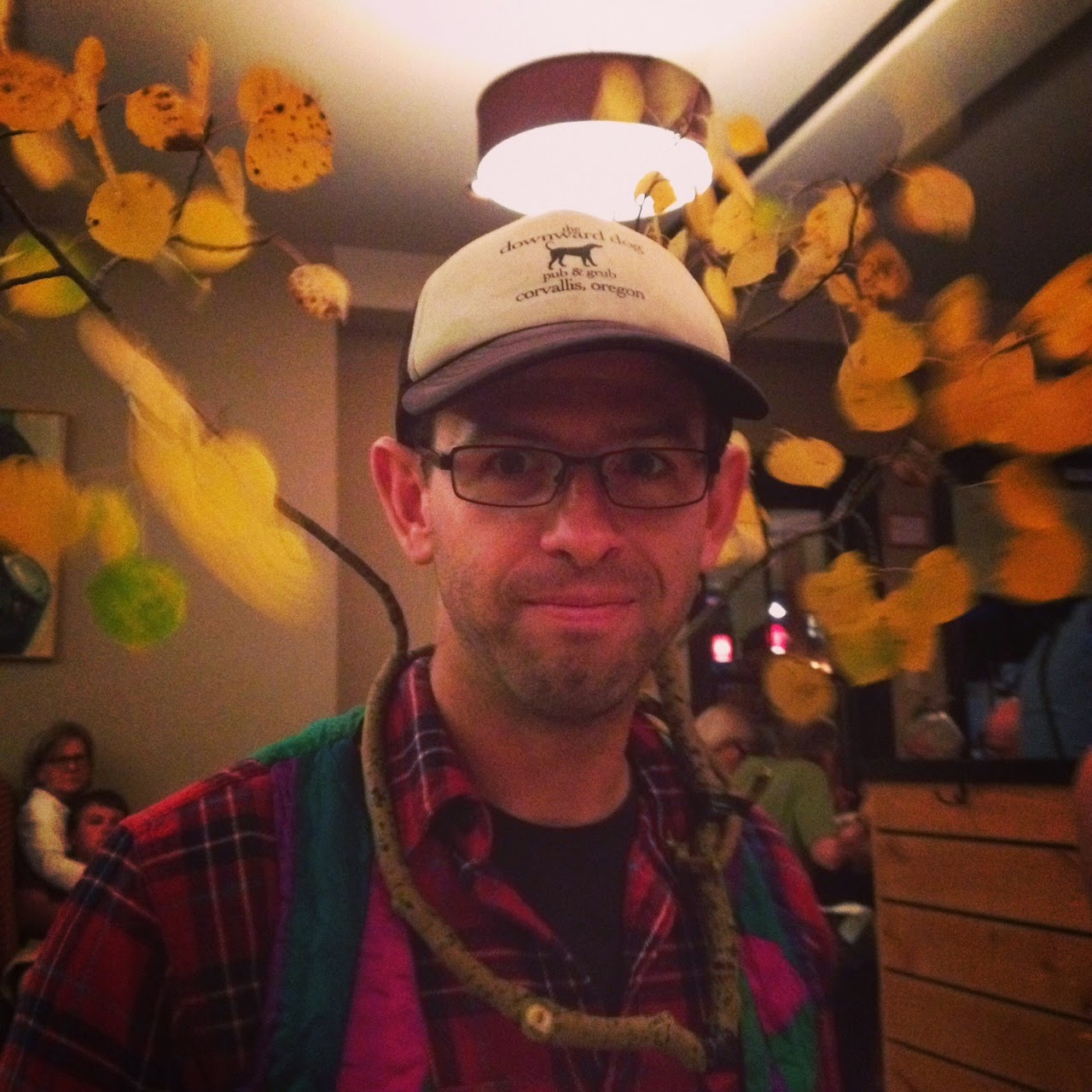 At the center of it all, on Saturday is a major procession through Elk Ave. where hundreds of people gather to “Burn The Grump”. The Grump represents what everyone wants to rid themselves of from the previous seasons, and the procession ends with a major bonfire in the middle of town, where people dance and have drum circles, and do awesome hippie things.

Whew! I managed to crank out a story, and hopefully at least one bit was entertaining to everyone, and you didn’t sense too much desperation. Now it’s time to plan some climbing on the psychedelic sandstone walls of Eldorado Canyon, here in Boulder.

I realize in my “La Vida’s” I’ve been writing about everything except Durango lately. This travelling, while invigorating, will certainly have to mellow out as winter approaches and I start spending more time at home. And, that is a comforting thought as I envision a white blanket of snow, a cup of tea at my favorite coffee shop, and friendly faces in our genuine town, with just enough weirdness, hippies, and dirtbags to make my soul feel complete.

My two books are called: The Great American Dirtbags and Climbing Out of Bed. Click on the titles to view them on Amazon.
Posted by Luke Mehall at 10:13 PM 1 comment: