Serendipity is love, love is serendipitous. This is one of a hundred quotes scribbled on my beloved writing desk, the only non-recreational possession I’ve held onto as I’ve floated from place to place over the last ten years. Now that I write that, I looked across my room and remember I also own a bed, which I acquired last year, so I now own two major possessions not related to outdoor recreation. I guess its all downhill to domestication from here.

A few weeks ago a co-worker of mine asked me if I had any adventures planned for the summer. With a quick mental scan of my calendar I realized most of my travel plans were wedding related: four total. I’m in my mid-thirties, and since 30 is the new 20 and people are getting married later in life, especially the dirtbag climber types I surround myself with, its prime time for my friends to be tying the knot (pun intended).

Fortunately my friends are cool, so they get married in cool places. And that’s why three weeks ago my girlfriend Ashley and I packed up the Subaru and headed out to Yosemite, California. On the way out we stopped off at the Mountainfilm festival in Telluride for the Reading Frenzy, an event I was a part of for my recently published book. Telluride is such a trip, and we immediately got disoriented and lost in the ritzy-ness of Mountain Village. I tried to explain the nature of Telluride to my girlfriend best summed up as, “things are either free or expensive here at these festivals.”

Like many Durango-folk I wear multiple hats of employment, but one job I never get sick of is my work as a creative writer. I sat and soaked it in at the Hotel Madeline, where the Reading Frenzy was held, and recalled all the previous festivals in Telluride I tried to sneak into (some more successful than others). Here I was as a legitimate guest. 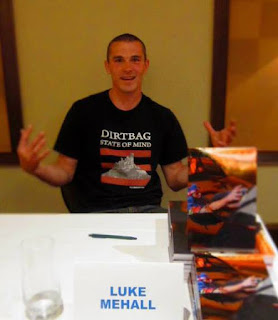 Sitting to the right of me was Rob Story, a brilliant local ski-mountain town culture writer, and to the left was Tom Shadyac, writer and director of films such as The Nutty Professor and Ace Ventura, who works with people like Jim Carrey, Eddie Murphy and Morgan Freeman. Most impressive of all Shadyac has given up the baller lifestyle. He recently sold his Hollywood mansion and moved into a trailer. Shadyac has changed his focus to spirituality, and his most recent film I Am, as well as his new book, Life’s Operating Manual reflect that.

After our dose of Mountainfilm we went downtown. I bought a really expensive smoothie and Ashley found a sweet hippie style duffle bag in the Free Box, and we made our way west.

Of course the bulk of our drive took us through the strange paradoxes of Utah and Nevada, and we finally made it to Yosemite Valley. It was Ashley’s first trip to “The Valley” so of course we stopped at the El Capitan meadow to gaze at the majestic 3,000 foot chunk of golden granite. Amongst the mindless meddling of gaping tourists we watched a mother and son climb up on fallen tree, only to witness the mother freak out in fear a mere five feet off the ground, while much braver human beings climbed on El Capitan. Yosemite shows the best and worst of America and Americans. 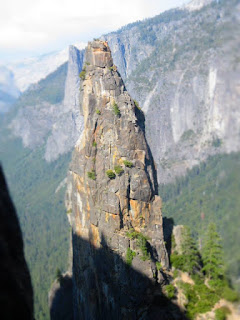 The wedding of my dear friends Taryn and Scott was an all-time tearjerker. Held at the Green House, in the Big Meadow, just a few minutes west of Yosemite Valley, it was a simple and beautiful Quaker-style wedding. Minutes before the wedding I found out my Grandmother was undergoing emergency surgery, making it even more emotional, and bringing forth the always lesson of the preciousness of life; perhaps that is why we cry so much at weddings. (Grandma ended up having successful surgery.) 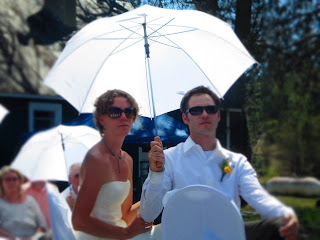 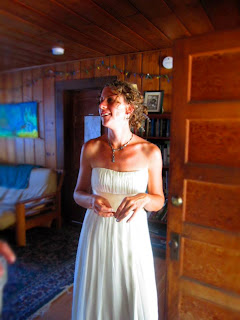 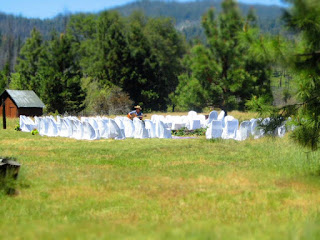 In the blistering California sun we took cover under white umbrellas and the bride and groom exchanged vows. Both dedicated environmentalists their passion for love and life was evident in the ceremony, and true to the Quaker tradition the audience was invited to share their stories, thoughts, and poetry during the ceremony. I was in tears so often I thought I might not be able to speak, but since so many cried during their speeches I got up anyways. I managed to keep it together and thanked my friends for always opening up their home in Yosemite, and more importantly sharing their love with all of us; love is an exponential force, and like the song says, something in the world that there is just too little of.

At the reception we danced and drank like there would be no tomorrow. The highlights were experiencing contra dancing for the first time, followed by a late night synchronized MC Hammer dance with 20 of my best friends in the world. The next day we recovered and eventually did some mellow climbing.

As we drove to our destination, located right next to El Capitan we noticed a helicopter flying above, not a good sign. Soon the helicopter was obviously performing a rescue on a route called the East Buttress, and we quickly learned from other climbers that it was a body recovery. A climber had been killed by a rock dislodged from his partner. I wondered if it was someone we knew, and waited for the inevitable phone call if it was. In the end we found out it was not one of our friends, rather a visiting climber from London, England. 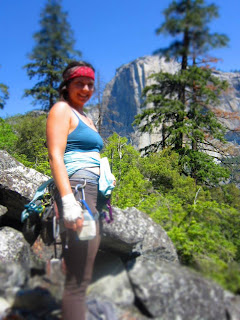 We cautiously climbed in Yosemite for a few more days, and watched tourists do the silly things they do like feeding squirrels, while taking pictures of them (right next to signs that say don’t feed the animals). 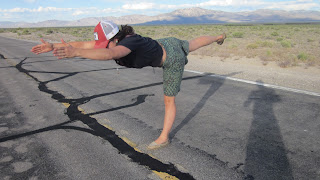 Then it was time to get back home, traversing the weird desert of Nevada and Utah, until we hit that Welcome to Colorful Colorado sign. It’s never a bummer to be back home when you live in Durango, and soon enough we would be packing up the Subaru for more knot tying.
Posted by Luke Mehall at 8:51 AM No comments:

Ode to The Crested Butte Townie

A version of this piece is published in the Summer 2013 issue of Crested Butte Magazine. It's an honor to be a part of that wonderful publication again.

Stoked to visit Crested Butte on Friday, July 5th for a book reading from Climbing Out of Bed at Rumor's Tea and Coffeehouse/Townie Books. The book is also available for sale there now! 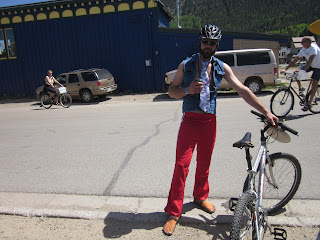 Once they are awakened from winter hibernation, the townies rule Crested Butte. In no other place on God’s green earth are they respected more than here. Watch how they command traffic: a seasoned CB driver will slow down from their already crawling pace to let one cross the street, waving the townie on to its destination. Its as if the normal rules of our industrial society were flipped upside down. Human powered transportation is given priority. Nearly everyone has one, some use their townies more often than their cars. Certainly within town limits CB is better experienced at the slow pace of the townie.


Some are a bit flashy; others are equal art and mode of transportation. The best will stop someone dead in their tracks, to just admire its uniqueness and beauty. Some townies barely function for more than the few blocks they are needed. Rarely locked, even in front of a bar, which increases the chances it might be stolen, and they are occasionally stolen, followed by a plea in the newspaper to be returned. And, they are even often returned, found discarded by the drunk in someone’s yard, who may know the owner, or read the plea in the paper and recognize it. This is a connected community, and the townie is one connection we all share.

Like many who are a part of this community, I don’t actually live in Crested Butte. I used to, but even when I did CB was basecamp to bigger adventures, to the backyard, the rocks and the trails. A couple years ago, my last summer living in CB, I saw the townie in a different light, that of the night.

With some friends we’d signed up for the 24 hour Bridges of the Butte endurance townie extravaganza. This was an extreme idea; see how many laps around Crested Butte you could do in the hours of a single day. Our warm up was the Chainless Race that took place earlier in the week, an equally insane event involving a couple hundred costumed freaks, descending seven miles into town without a single stroke of a pedal. Physically it might have turned out to be much of a warm up, but metaphysically it was.

Our team was the Chihuahua Chasers, named after a harrowing incident where we chased a tiny dog around the town of Gunnison for several hours as it cheated death by running across the highway and nearly every major intersection of town. We draped ourselves in costumes, and assembled several townies that we hoped could last for several laps around town.

The daytime laps were fun, being cheered on by bystanders, fueling our stoke for this ridiculous test of stamina. The nighttime laps were unforgettable, bikes lit up like spaceships, not recalling what lap we were on, and not caring because what mattered was our presence on the townies, and the stars looking on in approval.

Our team traded townies, and my personal favorite was a lowrider, borrowed from a friend of a friend, mine for the moment, smooth flowing, sitting comfortably in the saddle, I felt like a kid lost in play, enjoying the simple pleasure of riding a bike for what it is, one of man’s finest inventions.

On the east side of the course, where there were no houses, and the town turns into dirt roads heading to the mountain, another crew had stopped. Decked in a hundred lights with townies of all variations they had obviously spent some time preparing for this moment. A small stereo played tunes that softly serenaded us more into the moment. It was a classic moment, very out of this world, but very Crested Butte. No words needed to be exchanged; we just soaked it in, and then pedaled some more.

The full Crested Butte Magazine can be read for free online, or in the printed version found everywhere in Crested Butte.
Posted by Luke Mehall at 7:59 AM 1 comment: