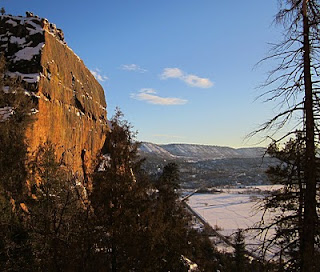 It was the cold of Gunnison that sent him down south to Durango. Cold in different ways: the temperature, and the cold of heart. One too many times did he have his heart broken, and he broke one too many hearts.

He is without a past in Durango. He can walk the streets alone and be almost certain that he won’t be recognized. This won’t last long, so he takes it for what it is worth. He can sense the strong community; in the Post Office those in line chat like they are neighbors and best friends.

Durango in December, this year it has been warm, pleasant, the high temperature of the day rising up to 50 degrees; a pleasure to walk out into the afternoon Colorado sun.

He is a climber so naturally he seeks out the climbing areas. Durango is like Gunnison at first, no epic cliffs in sight when you roll into town. A little research and one finds there are cliffs all over, sandstone, limestone and granite.

The traditional area of East Animas has got his attention. The area’s most proud crag, the Watch Crystal is a rainbow of sandstone. The view from the crag is expansive, farmland just below, acres of it. Snowcapped mountains to the west, the La Platas, begging for more snow, but the days lately have been all sunshine, the blue bird sunshine that Colorado is famous for, an intoxicating sunshine.

More sandstone off in the distance, multiple areas, they stand as monuments to him that he is where he should be in life, with new cliffs for him to explore to climb, to grow older with.

He has a few friends to go climbing with; old Gunnison friends that now live in Durango, or nearby. A blessing to have a comfort like that in a new town; people that he knows to trust his life with on the other end of the rope.

He needs the climbing, climbing is who he is, where he found courage and adventure and the need to be free, that need to breathe clean air, and camp out in the dirt.

Climbing at East Animas is like anywhere else, with its own funkiness. It demands one works for the gear that he places, hanging on by your fingers trying to wiggle a piece of gear in the crack, and then trying to worm up the route with some grace. He aims to make deliberate movements, as if he knows where he is going, but he has never been there.

The climbing is less crowded than he expected. It’s so close to town, yet he only sees a handful of souls each day at the crags. But, maybe it’s because it’s December and the local climbers have switched to climbing ice or skiing. He’ll find out in the spring.

Walking the streets of Durango there is an abundance of beautiful women. The college girls seem too young now, how young the freshman are now is beyond him; they are just girls, he needs a woman.

The scene is set for love to take place here, the warmth, the opportunity to hike into the mountains, to soak in hot springs; Durango has all the elements for romance to ensue. A slow turning novel it is, beautiful and demanding of patience. He should savor every day, every sentence, every word, and every woman who strolls by.

Slowly the days will progress, and he will become more a part of the town. He will build a name for himself. The women of Durango are now just bystanders in the novel that is his life. As time goes by one may become the main character, that ‘one’ he believes in with faith. That time that is represented in his mind seems like an eternity; like the time that it took Mother Nature to build the rocks he climbs upon in the afternoon sun.

He is just reading the first page of the place that is called Durango. 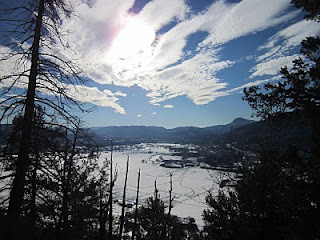 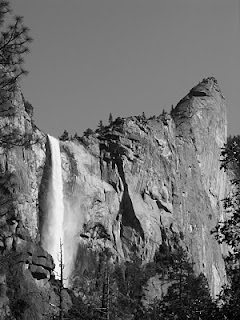 Benighted Publications is proud to announce that the second volume of the “Climbing Zine” is finished, and ready to be consumed. The latest zine was compiled by former Gunnison Valley resident, Luke Mehall, who is now living in Durango, Colo.

While rock climbing is the major focus of the zine, the writers also weave in other topics that are central to living the climbing life: the search for love, couch surfing, dumpster diving, marijuana consumption and travelling to exotic locations.

For a copy of The Climbing Zine Volume 2, contact Luke Mehall at lmehall@yahoo.com. To view the zine online click up to "links and such" on this site, where the zine can be read via Google docs.
Posted by Luke Mehall at 5:45 PM No comments: